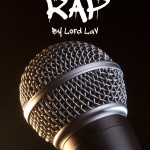 Why Should Every Rapper Freestyle?? Well in this post I want to talk about exactly that!

There is debate and to some degree, uncertainty about what freestyling really is when we are talking about it with regards to rap. END_OF_DOCUMENT_TOKEN_TO_BE_REPLACED 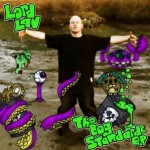 Here’s a song titled ‘Cyder Attack‘ a cider rap if you will, combining two of my favourite things cider and rap!

This is actually a song I wrote a long time ago. It certainly isn’t new and is one of the first songs I ever wrote and recorded.  I decided to post it here as it is one of the songs I get requested to play most when I’m performing live.

There might be some confusion as to what I mean by cider or ‘cyder‘ as I spell it.  I’m sure the majority of people reading this in the UK know what I mean by cider but people in other parts of the world don’t necessarily know it as the messy alcoholic beverage that it is in my country. I’ve heard that cider in America is actually a non-alcoholic beverage and is more like apple juice which sounds ridiculous to me but here we are…. END_OF_DOCUMENT_TOKEN_TO_BE_REPLACED